Her debut album “Kites and Chasms” was released in September 2016, achieving local radio play and support by BBC introducing Manchester.

In January 2017 she was commissioned by a charity called "Press Red" to write a song as part of her social activism in raising awareness to end violence against women.

In April 2018 Emma was BBC introducing artist of the week on The Georgey Spanswick national radio show "Georgey tonight".

Emma released her 2nd single “Bryan Glancy” on 19/4/18 who was one of Manchester’s dearly missed singer songwriters marking the late singer's birthday.

In September 2018 Emma was again commissioned to record a classical acoustic version of the Press Red song with the 'Epiphany string quartet'.

During the pandemic Emma was commissioned by Charity 'Building Bridges Pendle' to turn a winning poem by Hilary Walker into a song, Emma wrote the song 'Human Touch' and recorded the project with Producer Dan Stirling featuring slide guitar by musician singer songwriter Mark James.

Emma is soon to release a new album titled “Exquisite”, telling stories of a complex love and redemption.

The album is a compilation of songs written to challenge the listener’s ideas of love, be the forgotten voice of women, and share Emma’s story.

Eve’s Song is a moving guitar driven folk-meets-soft rock-meets-soul production which takes the listener on an emotional rollercoaster from start to end.  Emma’s songwriting prowess really shines through as she tells a story of a loyal love that has seen difficult times but chooses to hold on regardless.

Produced by Manchester-based Dan Stirling, Exquisite album has a sense of urgency and passion which has cleverly been combined with a captivating tenderness.

The mother of 2 who has been through what she describes as “tough times” in her life says:

‘Music is my expression. It’s how I tell stories and talk about the things I really care about. I hope that it connects with people who feel like they can relate to the sense of vulnerability. It’s all about making music that touches people in various stages in their lives, who are still trying to work things out and process what life has thrown at you.  Searching for truth and healing whilst surviving has pushed my pen to write the songs I have so far'.

During 2020 and 2021 Emma released seven singles off the album, with many of them being featured in UK Gospel Christian Astepfwd charts, her single 'Journey home' reached number 1 and was subsequently nominated for song of the year in the Rock metal category in December 2021. 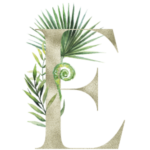 “To sing, write and play songs is the most effective way to self preserve, heal and flourish whilst on this sometimes seemingly desert Island called life. ”

This website uses cookies to improve your experience while you navigate through the website. Out of these cookies, the cookies that are categorized as necessary are stored on your browser as they are essential for the working of basic functionalities of the website. We also use third-party cookies that help us analyze and understand how you use this website. These cookies will be stored in your browser only with your consent. You also have the option to opt-out of these cookies. But opting out of some of these cookies may have an effect on your browsing experience.
Necessary Always Enabled
Necessary cookies are absolutely essential for the website to function properly. This category only includes cookies that ensures basic functionalities and security features of the website. These cookies do not store any personal information.
Non-necessary
Any cookies that may not be particularly necessary for the website to function and is used specifically to collect user personal data via analytics, ads, other embedded contents are termed as non-necessary cookies. It is mandatory to procure user consent prior to running these cookies on your website.
SAVE & ACCEPT